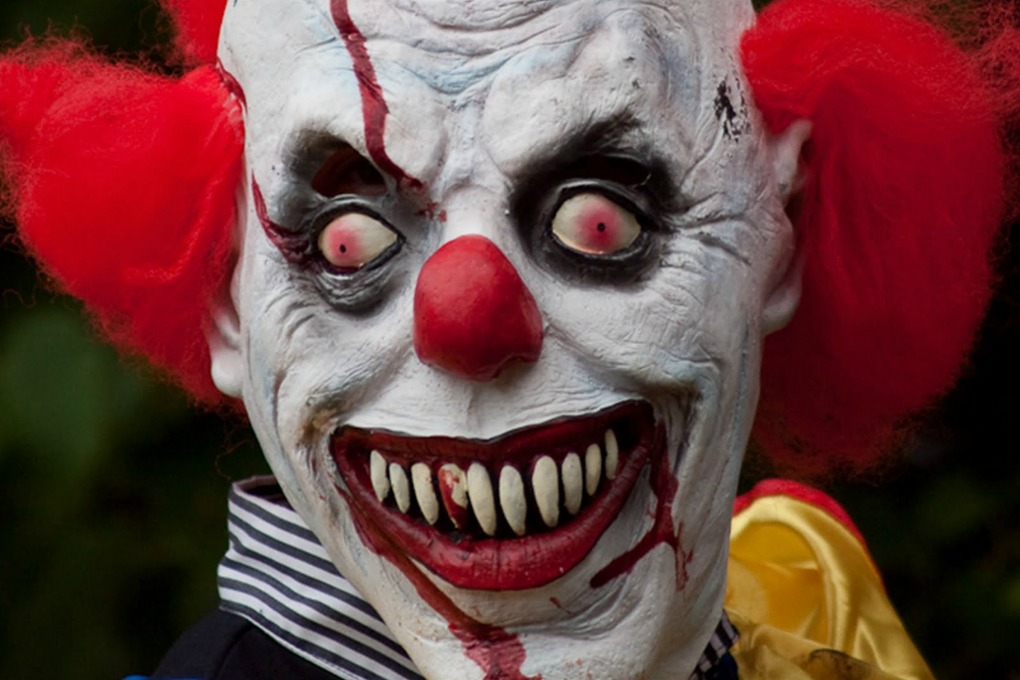 Don’t be worrying about clowns. Not in Belfast. I know, I know, the press have told you it’s a dangerous craze copied from an American craze and eerie clowns are appearing on darkened streets and running towards people etc. Well, here’s why you shouldn’t worry.Clowns are twats. All clowns are utter twats. Yeah, yeah, it’s a bucket of water you’re throwing at people, OH NO, IT’S ACTUALLY A BUCKET OF TINSEL AND GLITTER. Wow, you’re only a danger to people who are allergic to tinsel or glitter. Should that ever happen, that would be a very unlucky bounce for the annoying, big-shoed irritant.

See, never trust a clown, in fact never trust anyone who paints a fake smile on their face as part of their job. Serial killer John Wayne Gacy was a clown in his other job. When he wasn’t killing people. He had the big fake smile and a tiny hat. I wonder if that was it - he was driven insane by being a clown for a living. It can’t be easy. Driving about in that little car and the doors fall off every time you honk the horn, having to have adequate lung capacity to blow up balloons to make adorable dogs or swords. They always make dogs or swords. Why would a kid want a balloon dog or sword? Kids want real dogs or swords. Balloon equivalents just aren’t the same. They’re shite, in fact.

At this point, ya gotta wonder what real clowns think of all this. They’ve been rehearsing and performing routines for years and they don’t make front page news. No-one cares about a clown until it starts acting all Pennywise and being a tool.

But back to the original topic. There may be people fannying around dressed as clowns but it doesn’t really work in Belfast. There was one spotted just last week in the west of the city. It was a bloke dressed as a clown and walking around with a baseball bat, trying to be all scary and hilarious. He was told by a local resident, in no uncertain terms, where that baseball bat would be inserted, should he not take himself off and wise up. That, weary traveller, is Belfast and why we love it so. Yes, it’s a tough but hilarious city. We don’t really need people in bright wigs and make-up terrorising people, we’re not America ya know. But enough about Trump.

See, the reason why we don’t fear this, is that the scary clowns in Northern Ireland tended to not roam the streets and run away when told to wise up. The clowns here got into politics.