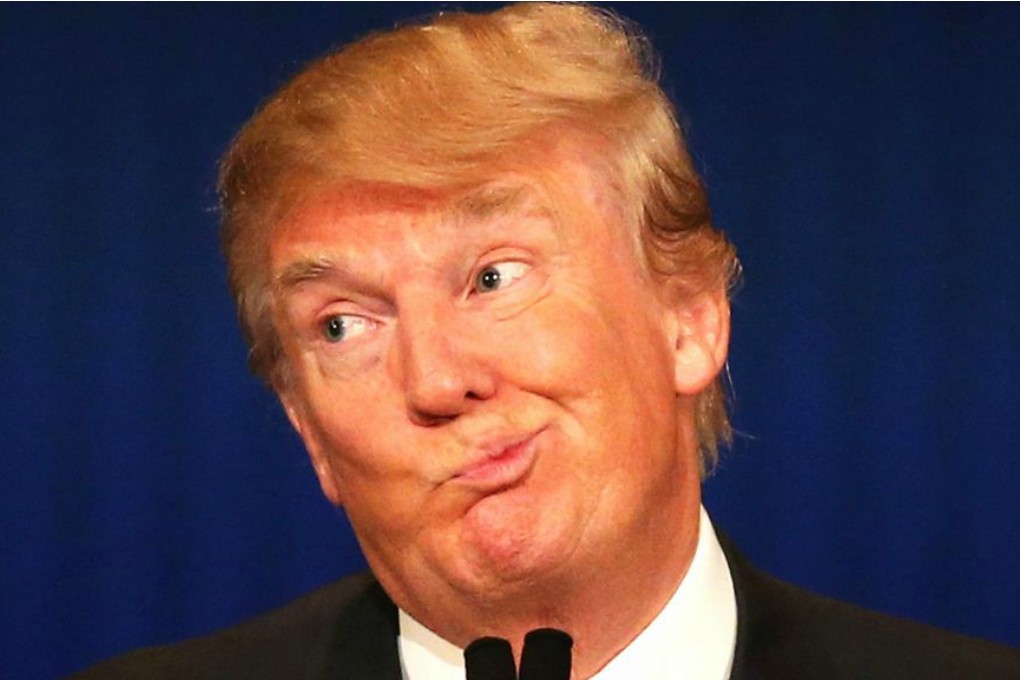 Our problem with Donald

Bullitt probably isn’t the best place for you if you are a Trump supporter. You won’t like us. We don’t like Donald. We didn’t find him funny, engaging or vaguely interesting on The Apprentice, we find his hair ridiculous and don’t even get us started on his views. In fact, do. Let’s get into that.This is a man who hates a lot. He hates the Hispanic community, Muslims, African Americans and women. Really, you can’t accuse him of being specific, he hates a lot of people. He has openly mocked people with disabilities at his rallies, he encourages his fans to physically and verbally abuse those who oppose him. The big bad bully with a legion of idiots willing to do his bidding. Like all bullies, he’s a coward.
He’s a man afraid of everything he doesn’t understand. Again, that’s a lot. Why bother trying to understand something when you can just blindly rail against it and hope it goes away before you can learn anything about it?

Trump is the worst example of America. He was born a white male into unfathomable privilege, educated at all the best schools and given a huge leg-up in life. You’d think he’d be grateful in some way and maybe count his blessings, not enemies. Oppose Donald and you’ll be threatened with a lawsuit. He rarely, if ever, carries out the threat and actually sues anyone. He’s a fart in a windstorm, a hollow, bilious, obnoxious smelling noise that signifies nothing but attention seeking self-aggrandisation and utter stupidity.

In the past month he has expressed the only kind of empathy he can muster for people with terminal illness. He has asked them, no matter how severe the prognosis, to hang on long enough to vote for him. How monstrous. How unfeeling. How crass, vulgar and offensive. How very
Donald. In the same week, it was revealed that he boasted about making a play for a married TV star but was rebuffed. He went on to claim that he could do anything to women because of his fame and power. A tic-tac fuelled sex pest who objectifies women in the most horrible and terrifying way, yet passes it off as ‘banter’. The casual excuse of the bully. Grabbing at women’s genitals is commonplace and acceptable in Trumpworld. Quite the message to send out to the daughters of America. You are meat, you are objects, you are second class, you are there to be groped.

Trump’s behaviour, opinions and personality don’t surprise us at all. What is surprising is that everyone knows what he’s like, yet still support him.That is more shameful. We know what he’s like. And we don’t like what we see. Sorry. Not sorry.